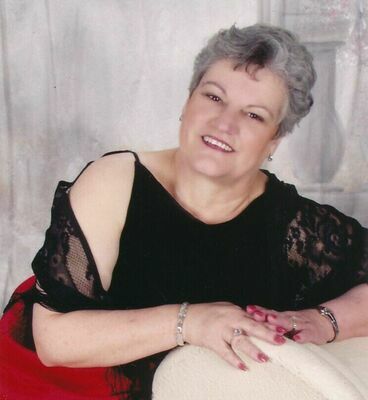 Carolyn Lynch (Whitaker) passed away on Friday, October 1, 2021, with her family by her side.
She was born March 19, 1946, in Atascadero, California, to Eugene and Beat Whitaker. She was raised in Grand Saline, Texas, where she met the love of her life Kenneth Lynch. They were married 56 years.
ddShe is survived by her daughter, Letitia and Scott Minchew of Bristol and son Ken and Cheryl Lynch of Kaufman. Her sister Sandra Bailey of Edgewood She is also survived by five grandchildren, five great-grandchildren, Aunt Gle, Uncle Jack of Amarillo and numerous nieces and nephews.
She was proceeded in death by her husband, Kenneth Lynch, parents: Eugene and Beat Whitaker, and various family members.
She sold Tupperware for 15 years, was an outstanding florist for 10 years, demo lady at Sam’s for 11 years and her most important and favorite job was helping with the grandchildren. She had a contagious laugh and personality that everyone was drawn to. She will be dearly missed. This is not goodbye it’s see you later. We Love You!
Visitation was held on Tuesday, October 5, 2021, from 6 p.m. until 8 p.m. in the J.E. Keever Mortuary of Ennis.
A Celebration of her life was held on Wednesday, October 6, 2021, at 10 a.m. in the Bristol Baptist Church with Rev. Dave Futral. Pallbearers will be Lanna Myers, Jason Minchew, Austin Lynch, Tyler Lynch, Zachery Watson and Gabriel Ramirez. Interment will follow in Bristol Cemetery under the
direction of J.E. Keever Mortuary, Inc.