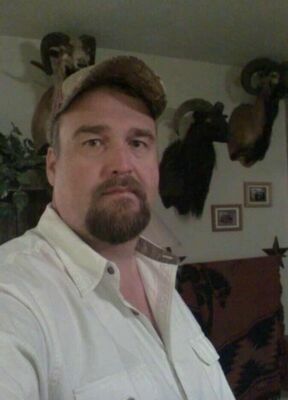 The family of William “Bill” Abrahamson handled services at 2:30 p.m., Saturday, July 10, 2021, at First Baptist Church of Fruitvale.
Bill passed away July 7, 2021, at his home in Grand Saline. He was born January 21, 1962, in Dallas to Floyd Thomas & Kathryn Jo Wheeler Abrahamson. He spent many years as a tool & die maker and was also a cross country truck driver. In 2013, Bill opened “The Feed Hut” BBQ in Grand Saline, along with his wife Sheila. He loved to hunt and fish and was an avid gun collector. Bill was preceded in death by his parents.
Survivors include his wife Sheila Abrahamson of Grand Saline; three stepsons, Jimmy White and wife Lara of Edom, David White and wife Kalen of West Tawakoni, and John White and wife Haylee of Mineola; brother, Chris Abrahamson and wife Jerri of Gun Barrel, sister, Blanche Breazeale of Tulsa, OK; nine grandchildren and two on the way; and numerous nieces, nephews, extended family, other relatives, and friends.