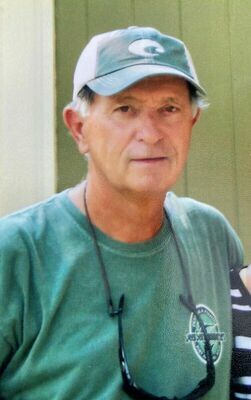 Johnny Wayne Chambless, 76, passed away on Sunday, July 11, 2021, in Mt. Pleasant, Texas, from complications associated with Parkinson’s Disease. He was a long-time resident of Grand Saline.
John was born on March 20, 1945, in the nearby community of Oakland, to Rebekah and Freemon Chambless. He was born on a farm and spent his childhood arm-and-arm with his three brothers, Larry, Jerry, and Mike, nephew David, and under the watchful eye of older sister Lavern. He spent his childhood like most farm boys in the fifties—going to school, working the fields, fixing anything that was broken, and dreaming about cars.
John graduated from Canton High School in 1963 and attended Stephen F. Austin State University in Nacogdoches. He earned a bachelor’s and master’s degree in biology. Along the way, John married Leatrice Jennings of Mt. Vernon and started a family. After graduate school, the family moved to Stephenville, Texas, where John taught at Tarleton State University. They later moved to North Carolina, where he taught at Haywood Technical college. Longing for home, the family returned to Van Zandt County in 1973, settled in Grand Saline, and John began teaching at Van High School.
John eventually left the classroom, but he never stopped learning and teaching. He had a natural intellectual curiosity, a broad range of interests, and a passion for virtually any pursuit he undertook. He loved the outdoors and all living things. He fished, hunted, camped, and backpacked all over Colorado. He loved motorcycles and rode throughout Texas, the southwest, and to the border of Canada. He taught Sunday School, coached soccer, and drove his sons to countless tennis tournaments. He was a talented photographer, and avid reader, and a fan of all kinds of music. He worked on tractors, painted houses, and had a way with words aloud or on paper. He truly “never met a stranger” and would engage anyone and everyone in conversation. He had a famous dry wit and loved good-natured irony. He served as trustee on the Grand Saline School Board and was instrumental in saving from scheduled destruction the old school building in Grand Saline and creating the Grand Saline Old School Museum. He was a life-long member of the First United Methodist Church in Oakland.
John was a loving husband, father, grandfather, and great grandfather. He is survived by his wife of 56 years Leatrice, and children Julie Whitaker (Kerry) of Mt. Pleasant, Texas, Rebecca Houser (Darren) of Grand Saline, Texas, John Chambless (Kerri Ann) of Austin, Texas, and Paul Chambless (Rebecca) of Dallas, Texas, brother-in-law Jack Hardy, sister-in-law Annette Chambless and sister-in-law Lou Chambless, and numerous grandchildren, great grandchildren, and nieces and nephews, including David Hardy of Canton, Texas. He is also survived by brothers Jerry Chambless (Vicki) of Canton, Texas, and Mike Chambless (Patsy) of Canton, Texas. John was predeceased by sister Lavern Pilon (Eddie), brother Larry Chambless (Lou), and nephew Steven Chambless.
A memorial service to honor John’s life will be held on July 24, 2021, at 2 p.m., at the First United Methodist Church of Grand Saline. A burial service will be privately held at a later date.
In lieu of flowers, the family asks that a donation be made to the Grand Saline Old School Museum.
The family would like to thank all those who cared for and offered sup
port to John and his family during his years with Parkinson’s.