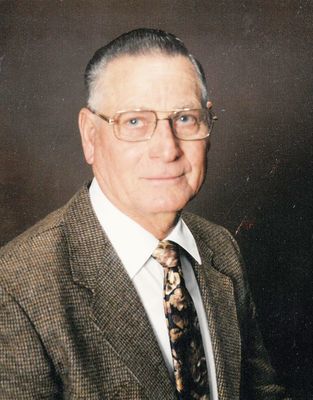 Mr. Dickerson passed away September 24, 2018, in Grand Saline. He was born February 2, 1930, in Edgewood to John "Doc" & Mildred Niemyer Dickerson. Jerry lived in Grand Saline all his life where he graduated from Grand Saline High School in 1946 and served as their Class President and was a member of Sand Flat Baptist Church where he served as a Deacon. He served 2 years in the US Army during the Korean War. Jerry worked 37+ years for Morton Salt Co and worked for R. York Motor Company. He hauled hay, cut wood, raised cattle and built "pole barns" all over Wood, Van Zandt and Rains County. Mr. Dickerson is preceded in death by his parents; wife of 63 years, Doris Jane Land Dickerson; daughter, Becky Kindle; grandson, Jerry Michael Dickerson; brother, Terry Lee Dickerson; and sister, JoAnn Allen.

Memorials may be made to Creagleville Cemetery Association.