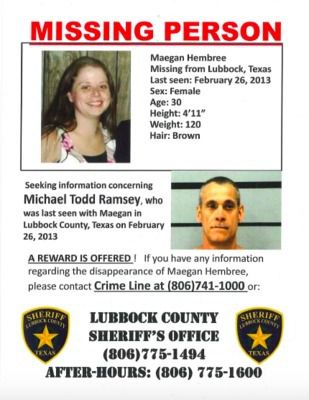 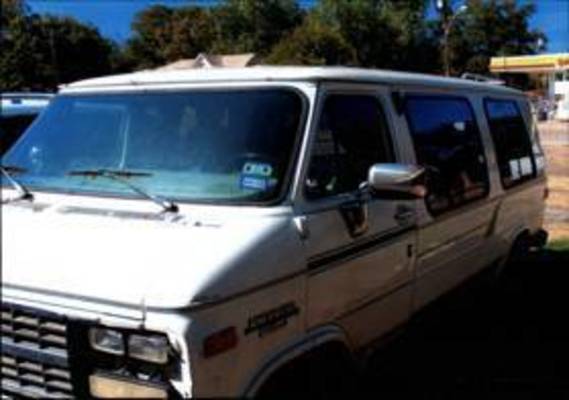 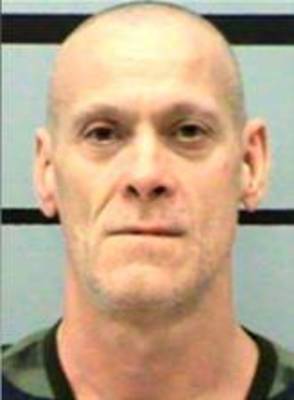 Last week a Van Zandt County jury handed down an 80 year sentence to a Grand Saline man after convicting him of evading from the police and possessing methamphetamine. The conviction stemmed from events that occurred on April 4, 2015 around 10:30 p.m. when Precinct 1 Constable Mickey Henson attempted to stop a white Chevrolet van with a headlight out. Henson had seen this van many times before while he and his deputies patrolled areas between suspected drug houses on FM 17 just a few miles north of Grand Saline. When Constable Henson turned on his emergency lights, the van sped away and led Henson on a chase that traveled down VZCR 1714 and 1712. As the patrol car drew closer, the driver of the van decided to take chase off-road driving through private property and between homes. Constable Henson continued his pursuit until both his patrol unit and the white van became stuck in water. As Henson and other officers closed in on the van, they quickly discovered the driver had fled on foot. After searching the immediate area for the driver without success, officers turned their focus back to the Van in hopes of gathering more clues. In the van they found some military records and a social security card giving them a name and prime suspect, Wayne Michael Horton. Among some love letters and pictures, they also found .22 grams of methamphetamine.

With a lead suspect, Constable Henson and Deputy Constable Tommy Monk embarked on a 6 month long investigation attempting to identify, locate, and arrest the driver of the white van. What their investigation revealed was that Michael Todd Ramsey, 50, was a wanted person with a parole violation that had assumed the identity of Wayne Michael Horton, a deceased military veteran. Even with friends, Ramsey would refer to himself has Michael Horton, Michael Todd, or just Mike in an effort to keep his identity and whereabouts unknown. He even carried on a year long relationship with woman who never knew his true identity. Despite his friends and family trying to lead officers astray during the investigation, Michael Todd Ramsey was arrested in October of 2015 and was subsequently indicted by the Grand Jury for Evading with Motor Vehicle, a third degree felony and Possession of a Controlled Substance, a state jail felony.

An interesting twist developed in the case after it was discovered that Michael Todd Ramsey was also the lead suspect in a missing persons case in Lubbock. At the time of Ramsey’s arrest in Van Zandt County, Maegan Hembree had been missing since February 26, 2013 and Ramsey was the last person seen with her. He had been seen driving her car a few days after her disappearance and in possession of her cell phone SIM card more than a year after she went missing. Even after Lubbock Co. investigators questioned Ramsey about his connection to Maegan and discovering a small drop of blood in her car, there was not enough evidence to formally charge him with her disappearance. To this day, Maegan has not been found nor has a crime scene been discovered relating to her death or disappearance.

Immediately upon learning of Michael Todd Ramsey’s arrest in Van Zandt County, Maegan’s father Jerry Hembree contacted DA Chris Martin in hopes of helping him find Maegan. After their meeting, Chris Martin pledged to help the heartbroken father who was desperately working to find his daughter. Leading up the trial, Martin even promised to dismiss all the state charges in Van Zandt County if Ramsey would cooperate with the police in helping to find Maegan. Unfortunately, Ramsey provided none and wanted an attorney. Without giving up, DA Martin employed an alternative strategy in hopes of exerting leverage upon Ramsey. He vowed to Jerry Hembree that he would keep Ramsey in jail for as long as possible, would not offer any plea bargains or reduced sentences, and when it was his turn for a trial, Martin would work very hard to convict him and put him away for as long as possible. However, Martin believed it was important not to introduce the Lubbock County evidence into the case in Van Zandt County. Martin said he was fearful that the Lubbock County evidence would unfairly impact the jury and could potentially lead to an appeal if the evidence was found to be overly prejudicial to the defendant. Martin told the Hembree family he didn’t want to risk an appeal in the case and would focus his prosecution on the facts surrounding the evading and possession of methamphetamine.

Ramsey’s trial began on Wednesday, September 12 and concluded the following Monday. Martin and Assistant Criminal District Attorney Jonathan Manning put on 10 witnesses to prove their case. One of the most important witnesses in the trial was Lubbock County Sheriff’s Investigator Bo Roberts. While continuing to work on Maegan’s case, Roberts would make trips to Van Zandt County to interview witnesses hoping to develop new information and evidence in his case. Roberts was instrumental to the Van Zandt County case because he was the only police officer who made the effort to question Michael Todd Ramsey about evading in the white van. During his interview, Ramsey denied ever owning a van despite numerous other witnesses linking him to driving the van and even living in it at times. Investigator Roberts was also able to get a key statement from Danny Nabors, Ramsey’s brother, which incriminated Ramsey and helped convict him. At trial, Danny Nabors took to the stand and blatantly lied under oath for his brother when he denied ever making a statement to the police, which had been recorded by the police and later shown to the jury. After a few hours of deliberation, the jury convicted Ramsey of both charges.

During the punishment phase of the trial, DA Chris Martin asked the jury to give Ramsey a life sentence. To justify that request, Martin explained to the jury that when Ramsey’s prior criminal convictions were all added together, he had been sentenced to more than 100 years. He argued that Ramsey had not been deterred by his previous sentences, was not going to be rehabilitated, and the only alternative remaining was to lock him up so he couldn’t commit any more crimes. He asked the jury to help him send a message to both Michael Todd Ramsey, other criminals and our community, that running from the police and possessing drugs would not be tolerated. The jury returned a maximum 2 year sentence with a $5,000.00 fine for the possession of methamphetamine and an 80 year sentence with a $10,000.00 fine for the evading charge.

When asked about the verdicts, Martin said he was very grateful to the jury for helping him attain justice in this case. “The jury did a fantastic job. They listened to the evidence, made logical deductions, and never got sidetracked by the rabbit trails laid out by the defense during the case,” Martin said. He went onto say that he remains hopeful that Ramsey’s lengthy sentence in Van Zandt County will enable Lubbock County to make headway in their case to find Maegan. After the verdicts, Jerry Hembree expressed heartfelt gratitude to Martin and his office for helping his family by staying the course with the case despite many obstacles along the way. “My heart goes out to Jerry Hembree and his family. They’ve never given up hope in finding Maegan and have been doing everything possible for her, even pleading with a small town DA to help them. I’m thankful I had a chance to work on behalf of this family and for the outcome. I hope and pray that our work helps them find Maegan,” Martin said.

Martin went on to say that he couldn’t have gotten the result he did without the support of his entire office. He specifically praised the work of DA Investigator Bill Crawford. Martin commended him on doing the heavy lifting of tracking down witnesses, getting them subpoenaed, and ensuring they were in court to testify. Martin made a point to say that it’s always a team effort at the DA’s Office and he was blessed to have a great team working for the people of Van Zandt County.

There Are No Shortages With God...