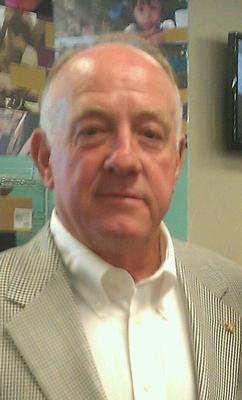 Rex Hood, of Grand Saline, Texas, was born on 14 August 1942 in Dallas, Texas to Aubrey Lee Hood, Sr. and Bettye Faye Nowlin in Dallas, Texas and died on 05 June 2018 in Dallas, Texas surrounded by those who knew him best and loved him most. Rex was given his Cherokee name, “Fire Hawk”, by his father’s family and was a member of the Southeastern Cherokee Council. He grew up in all of the best housing projects in Dallas, Texas and spent most of his long days from age 3 to 6, alone, at the Dallas Zoo on Marsalis Avenue, mostly hanging about with the primates, whom he loved dearly and later jokingly referred to as the family who raised him.

Rex attended Spence Junior High School in Dallas, Texas, where he met his best friend, Sandra Tully in 1956. They were 1960 graduates of North Dallas High School and were married on December 21, 1963 at Church of the Incarnation in Dallas, Texas. He entered Marine Corps boot camp (Parris Island) in 1961, at the age of 19 and had a long, prolific career as a reservist, retiring in October of 2002 with the rank of Chief Warrant Officer 5. Rex Hood loved his God, his Country and his Corps almost as much as he loved his own family.

Rex had a brilliant career in sales and in the lighting industry, but decided to return to school at age 58 to pursue a college degree. At the age of 61, cheered on by his family, he walked across the stage to receive his bachelor’s degree in business. At 65, he decided the bachelor’s degree wasn’t quite good enough and entered a master’s program, earning his MBA, three years later at the age of 68 from Columbia College. Thankfully, with his education complete, he had more time to devote to his martial arts training and earned his black belt in mixed martial arts at the age of 69. Grass never grew under this man’s feet.

He was a great lover of sports, with great talent and believed in children’s sports programs. Along with several friends, he helped create the Grand Saline Youth Foundation in Grand Saline, Texas and spent many years coaching the young boys of that community whom he loved fiercely. As an adult, he turned his attention to men’s slow pitch softball, where he coached and played for several decades, having fun, winning trophies, but more importantly, making a difference in young men’s lives.

Rex was a master story teller and will forever be remembered for his ability to captivate any audience with another tale, with the mischievous twinkle in his sky blue eyes and how outrageously he loved his family and friends.

In the years to come, when you are telling stories of Rex, one day someone may look at you in disbelief and ask, “You mean this guy really lived?” You can smile and tell them, “Yeah. He REALLY lived.”

Memorial Service with Full Military Honors
Services will be held at Eubank Funeral Home, Canton, Texas Saturday, June 16 at 10 a.m.
Rex wore red every Friday in honor of the troops. If you wish, wear something red to his memorial service in his memory and in support of the United States Military.