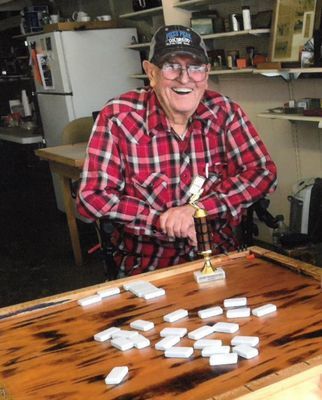 Interment will be in Shields Cemetery.

Mr. Monk passed away April 13, 2018, in Grand Saline. He was born April 14, 1935, in Van Zandt County to Virgil Ray & Beaulah Mae Douthitt Monk. He served in the US Army and worked in construction. He had lived in Grand Saline for the last 50 years, was a member of New Horizon Assembly of God and was an avid domino player. Bill was preceded in death by his parents; Grandson, Kristopher Harmon; brother, Troy Monk, and nephews, Troyce Monk and James Monk.

Memorials may be made to Shields Cemetery Association.

The family will receive friends 1 hour prior to services on Tuesday at the church.

A Tribute To Zane Taylor-Smoke Signals

A Main Street Ordinance Brought to the Council ...

Correction on the Fire Department and Water Out...